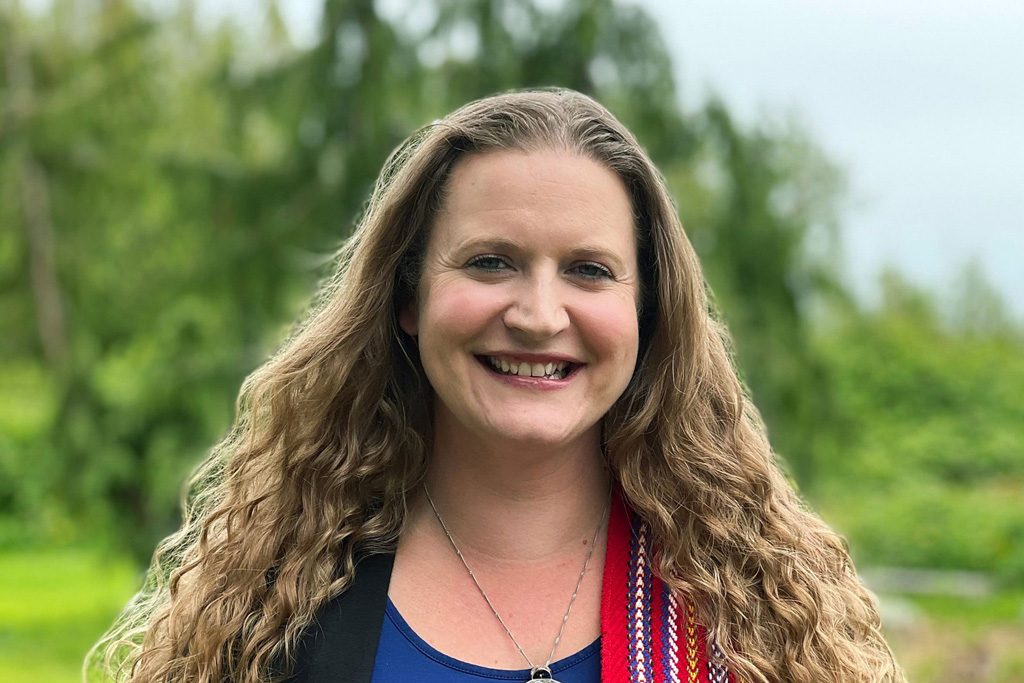 Laranna Scott lives with gratitude on the shared traditional territory known as the Boundary, where she honours and acknowledges all the indigenous peoples and ancestors who lived there and cared for the lands in Grand Forks, BC. Laranna has Danish and Métis ancestry from her mother’s side and Russian ancestry from her father’s side. Laranna’s grandfather, Métis Elder Thomas Taylor, was a direct descendent of Ambroise Lepine and the one to encourage Laranna to embrace her Métis roots while she was still in high school when he helped to form the Boundary Metis Community Association. As a result, Laranna acted as the first Youth Representative for both the Boundary Métis Community Association as well as for the Boundary Indigenous Education Advisory Council.

Laranna holds a certificate in Early Childhood Education from the College of the Rockies and diplomas in Special Needs Education and Infant-Toddler Education, culminating in a Bachelor of Arts degree in Child and Youth Care from the University of the Fraser Valley. She is the proud mother of her daughter Trinity and a firm advocate for and believer in the power of early intervention. In 2017, Laranna was awarded the BCACCS Aboriginal Child Care Recognition Award, which honours Early Childhood Educators acting as exceptional role models.

Laranna has been a part of the ASC at HELP since the Fall of 2014 because she is passionate about promoting the health and well-being of children and families across the province, believing that children are a gift from Creator and sharing in HELP’s vision of “all children thriving in healthy societies.” Laranna has worked in a variety of capacities for nearly 25 years in the child and youth care field and is currently employed by Metis Nation BC on their Ministry of Education, as the Early Learning and Child Care Engagement Manager.

In Laranna’s spare time, she enjoys hiking, mountain biking, travelling and scuba diving with her husband, spending time with family, friends, and her Elders and volunteering as a resource parent with the Family Support Institute of BC.