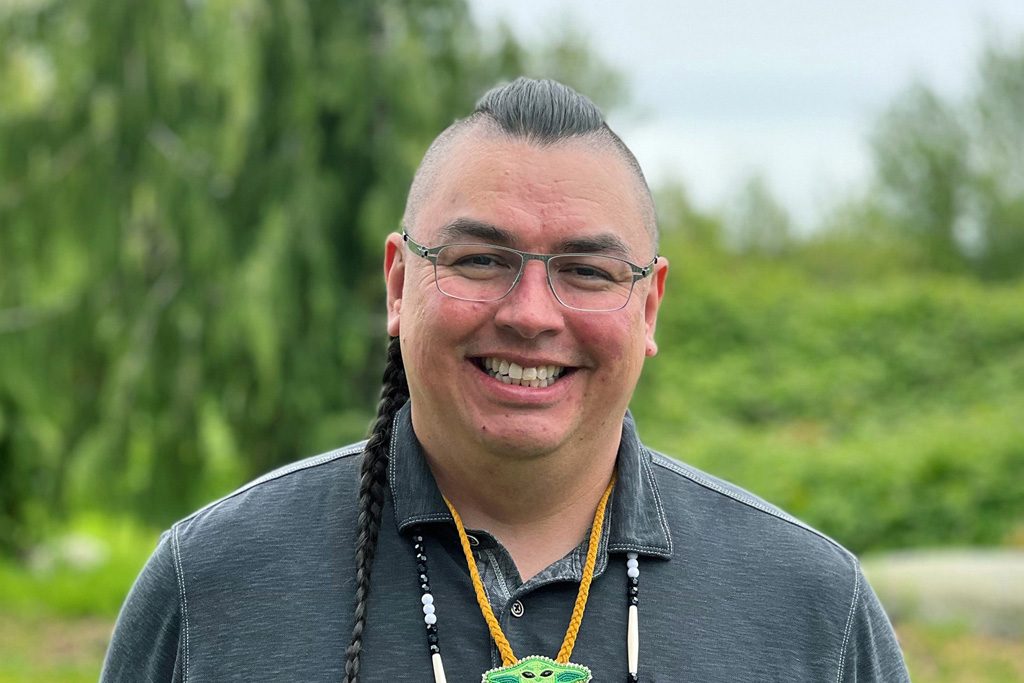 Raised by wolves like a modern day Tarzan, Jeremy’s pack has roamed across the West Coast, from Southern BC to Beautiful Burns Lake, and beyond. Eventually unable to keep up with his four legged cousins, his (relieved) Wolf pack dropped him off on his reserve-community in Beautiful Burns Lake. A proud member of the Lake Babine Nation, Jeremy comes from the Raven clan, and sits as a guest of the Fireweed clan in Wet’suwet’en and Gitxsan territory.

As a former high school dropout, Jeremy used his newfound (wolf free) time to complete his dogwood certificate. Out of spite for those that said he wouldn’t go far in life, he decided to pursue success in the post-secondary realm. After many years spent acquiring expensive parchments for a Bachelor’s degree in First Nations Studies/Political Science, and a Master’s Degree in Education-Counselling, and a long list of letters after his name. Jeremy returned to his reserve community and re-entered the workforce as a well-educated green horn eager to put his education into action.

An ardent advocate for (alliteration) Children’s rights, he has pursued his passion for supporting children and youth initially as a Clinician, then Clinical Director of Mental Health and Addictions services for several years. Realizing a need for larger systemic changes to support children and youth living outside of their family home/in government-foster care, he took a position as an Advocate with the BC Representative for Children & Youth. After nearly five years of advocating for hundreds of children & youth, an opportunity arose to support the work of BC’s Delegated Aboriginal Agencies at the Ministry for Children & Family Development. As the Director of Operations – Aboriginal Services Branch/Provincial Director of Child Welfare, he’s spent the last year supporting BC’s 24 Delegated Aboriginal Agencies as the strive to provide culturally relevant services & supports to First Nations, Inuit and Metis children, youth, and their families all across the province.

After a gap in service, Jeremy is excited to return to the Aboriginal Steering Committee to support the great work done by the Amazing HELP staff. Utilizing HELP’s research to inform policy & practice to reduce early childhood vulnerability and improve outcomes for children, and youth all across the province!