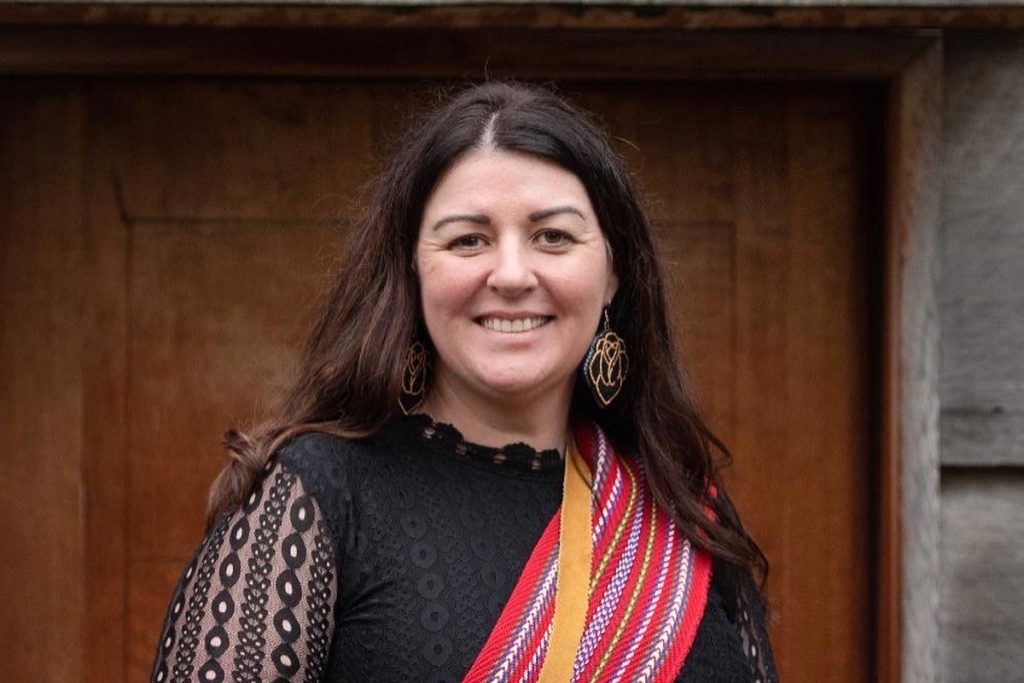 Lori Huston (she/her) Métis, Scottish and British heritage. Lori’s Métis and Scottish heritage are on her father’s side, connected to the Red River Métis people. Communities connected to Lori include where her great-great-grandmother was born in Tobacco Creek, Manitoba, known as a Métis settlement in the 1800s, and specifically, the township of Carmen, Manitoba, situated within the Dufferin distinct where my father, his mother and many ancestors were born and buried. Lori’s British heritage is on her mom’s side; her grandmother, a British settler, came to Canada as a war bride in the 1940s. Lori was born and raised in Treaty 3 territory, Red Lake., a small northwestern Ontario town that served as a Hudson’s Bay Company fur-trading post in the late 1800s.

Lori is a mother of two sons and an Early Childhood Educator for over 20 years. She is currently a doctoral student in the Education, Curriculum and Pedagogy program at the University of British Columbia.

Lori’s Ph.D. work intends to merge Indigenous knowledge frameworks with heart pedagogies and determine how these can support teaching and learning in Indigenous early learning settings. Specifically, she will seek to explore with a group of early childhood educators how they draw from local (Anishinaabe) land-based practices and heart pedagogies to create culturally responsive practices and sustaining learning environments.